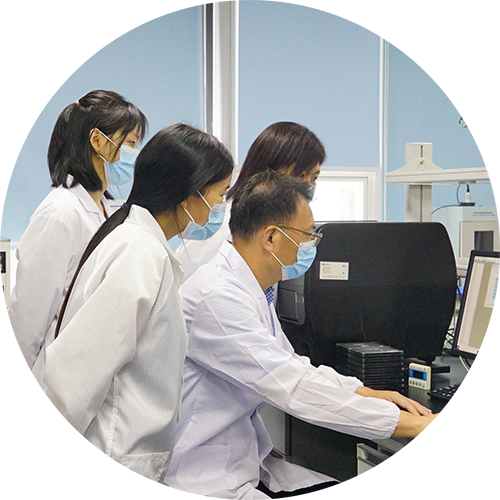 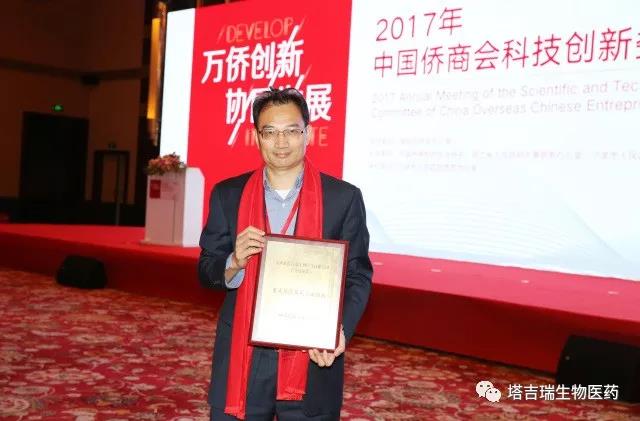 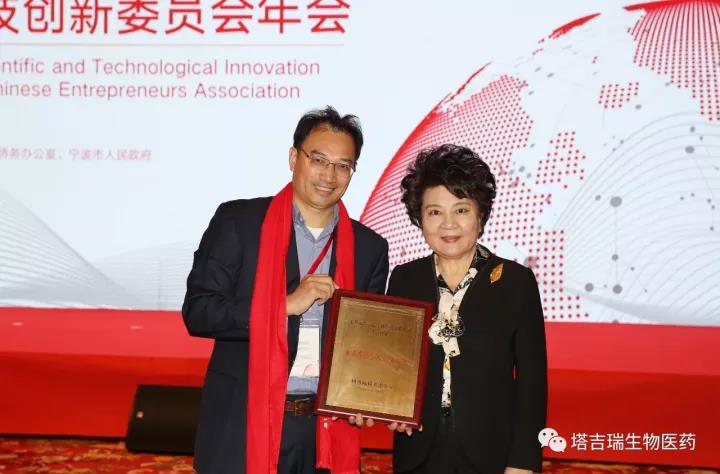 Δ A group photo of Dr. Yihan Wang with Yuanping Qiu, Director of the Overseas Chinese Affairs Office of the State Council 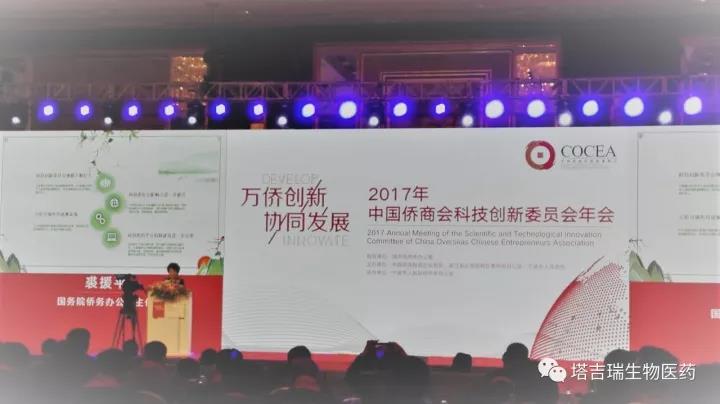 Dr. Yihan Wang’s team for R&D of Class 1.1 targeted anti-cancer small molecule drugs was selected for the project of development and clinical study of Class 1.1 targeted small molecule drugs for the acquired drug resistance of lung cancer. In response to the problem of acquired drug resistance in non-small cell lung cancer, the project strives to develop the third-generation epithelial growth factor receptor (EGFR) inhibitor with new structure, high efficiency, high selectivity, and good safety. The new drug development stage of the project has been completed, 4 domestic invention patents and 3 international invention patents have been applied for, and the pre-clinical candidate TGR-360 has been determined. Through pre-clinical biological data validation, TGR-360 has high activity and high selectivity at the molecular level, cellular level, organ level and animal level, which is significantly better than similar national and international products; in in vitro metabolism evaluation and animal metabolism evaluation, TGR-360 shows excellent druggability. In the next 5 years, the pre-clinical study, IND application and clinical study on TGR-360 will be completed. The research direction of Dr. Yihan Wang’s team is to independently develop the third-generation EGFR inhibitor with a new structure and intellectual property rights. This inhibitor can solve the acquired drug resistance caused by the T790M mutation, bringing new hope for Chinese lung cancer patients with a high incidence of EGFR mutations. 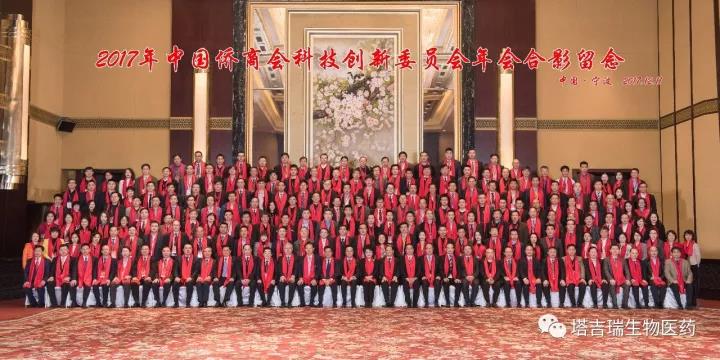 Dr. Yihan Wang returned to China in 2014 and founded Shenzhen TargetRx Inc. The company is located in the high-tech incubation base of Shenzhen Nanshan Science and Technology Park. At the beginning of its establishment, it has received investment from well-known domestic angel agents. TargetRx focuses on the R&D of international cutting-edge targeted new drugs, and strives to become the world’s leading R&D base of targeted new drugs. 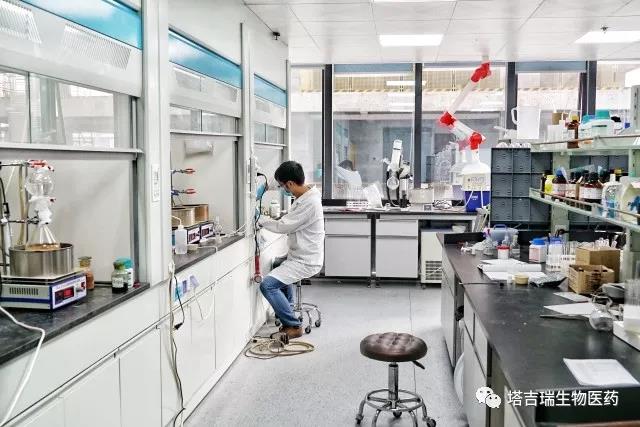 Δ Some laboratories of TargetRx 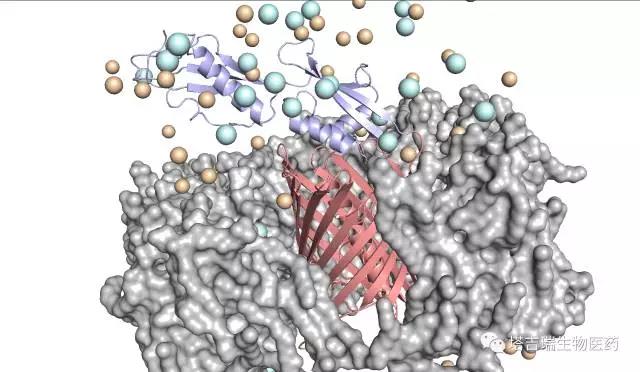 Being selected into the key overseas Chinese entrepreneurship team is not only an affirmation of TargetRx, but also an incentive for TargetRx's unswerving belief in making new drugs with independent intellectual property rights. It is the ideal of every TargetRx staff to make good drugs and make China's own drugs. I believe that under the leadership of Dr. Yihan Wang, TargetRx will be able to develop new drugs that benefit cancer patients and contribute to the human health.

Prev: Shenzhen grants 28.4 million yuan of start-up subsidies to overseas returnees, among which the top four are all biopharmaceutical companies

Next: Shenzhen grants 28.4 million yuan of start-up subsidies to overseas returnees, among which the top four are all biopharmaceutical companies 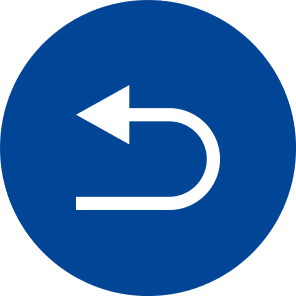